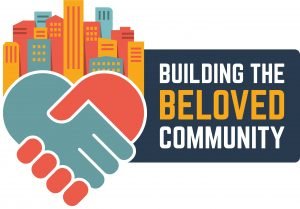 Dr. Martin Luther King Jr. defined the ultimate goal of the civil rights movement as the creation of the beloved community, a land free of segregation and discrimination where equality and justice reigned for all. Fair housing was an essential part of Dr. King’s vision. However, fifty years after his death and the passage of the federal Fair Housing Act, Dr. King’s vision of the beloved community remains unrealized as housing discrimination and residential segregation persist at unacceptable levels.

“We know that illegal housing discrimination and residential racial segregation yields inequalities that inflict tremendous harm on individuals, families and entire communities. With few exceptions, governments have failed to vigorously enforce fair housing laws or implement policies that could reduce segregation and expand opportunities over the past five decades,” said FHJC Executive Director Fred Freiberg. “Instead, we have witnessed the racialization and concentration of poverty; increases in homelessness, school segregation, and hate crimes; reductions in home ownership rates for African Americans; and alarming racial difference in health outcomes based on where people live. These trends and conditions are morally unacceptable, divisive, and contrary to our national interests.”

The Building the Beloved Community initiative is geared towards educating religious congregations, communities and organizations across the region about fair housing rights and how to exercise them, and on equipping individuals and communities to advocate for fair housing locally, regionally, and nationally. This project is an opportunity to build upon the historic role religious leaders and communities have played in advancing civil rights and to work in partnership toward the shared vision of the beloved community. Guided by an Interfaith Action Committee composed of a diverse set of religious leaders, the project will include a multitude of activities such as hosting trainings within religious congregations and communities, creating a Fair Housing Toolkit as a resource for religious communities and leaders, and developing an Interfaith Action Network to respond to urgent fair housing policy issues.

“There is perhaps no right more basic than the right to shelter,” said Frederick Davie, Executive Vice President of Union Theological Seminary. “Ongoing housing discrimination is a flagrant violation of that right, and a moral stain on our city and nation. Faith leaders must stand up and demand our government take action to ensure that no one is denied housing due to their race, religion, or sexual orientation.”

“Fundamental to each of the world’s great faith traditions is the call to stand with the most vulnerable among us – and there are few elements of vulnerability more fundamental than the lack of a safe and decent home,” said Marc Greenberg, Executive Director of Interfaith Assembly on Homelessness and Housing. “Both in response to Dr. King’s call to build that blessed community and our national Constitution’s right to the pursuit of happiness, now is the moment to re-commit ourselves to fulfill these promises.”

Partial funding for this fair housing education and action project is being provided to the FHJC by the U.S. Department of Housing and Urban Development (HUD) through an Education and Outreach Initiative (EOI) grant under the Fair Housing Initiatives Program (FHIP).

For more information on the project and ways to get involved, visit www.bbcfairhousing.org.

Union Theological Seminary (UTS) in the City of New York is a seminary and a graduate school of theology established in 1836 by founders “deeply impressed by the claims of the world upon the church.” Union prepares women and men for committed lives of service to the church, academy, and society.

Interfaith Assembly on Homelessness and Housing (IAHH) is a coalition of religious organizations and individuals working with and on behalf of homeless, poorly housed, and at-risk individuals. A not-for-profit 501(c)(3) organization, The Assembly was founded in 1986 at the Cathedral of Saint John the Divine in New York City.