The Fair Housing Justice Center (FHJC) is celebrating an important anniversary: 54 years ago, in 1968, the Fair Housing Act was signed into law. In the decade prior, progress on fair housing legislation had long stalled, with efforts largely ignored and passed over by politicians. Some cities and states picked up the cause, but in the 1950’s and 60’s, there was little appetite in Congress or the White House for addressing segregated housing. In the days after Dr. Martin Luther King Jr.’s assassination, President Lyndon Johnson and a few key Senators knew they had to do something to address the protests, riots, discontent, and fury erupting in cities across the country. Housing discrimination was a top priority. In just one week, the legislation was introduced, passed, and made law. 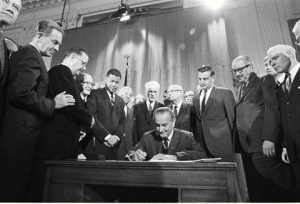 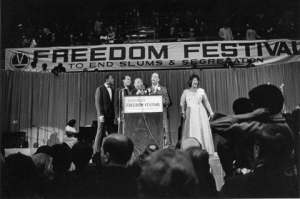 But we can only engage in this work with supporters like you. Please donate today to help us to continue pursuing our mission for open, inclusive, accessible communities for everyone.