The Fair Housing Justice Center (FHJC) is thrilled to announce that Rutgers Law Professor and civil rights expert Elise Boddie will be the host and moderator for their screening of Newsday’s documentary Testing the Divide, part of the groundbreaking report Long Island Divided. 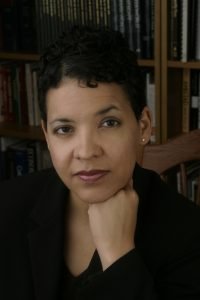 An award-winning legal scholar, Ms. Boddie was previously the director of litigation for the NAACP Legal Defense & Educational Fund. She is a frequent public speaker and has appeared on MSNBC, NBC Nightly News, Democracy Now and National Public Radio and is the author of several articles. She holds a master’s degree in public policy in addition to her law degree.

Over the course of four decades, Mr. Browne rose from copyboy at the New York Daily News in the age of typewriters to Editor-in-Chief and Publisher in the era of digital disruption. Between, his positions included reporter, chief investigative reporter, City Hall bureau chief, city editor, metropolitan editor, assisting managing editor/politics, managing editor/news, senior managing editor and editorial page editor. Throughout his Daily News tenure, Browne participated in or supervised coverage of most of New York’s biggest stories, and played a key role in guiding how The News wrote the city’s modern history. After resigning from the Daily News at the close of 2017, Mr. Browne joined Newsday as Project Editor for Island Divided, which he has called “The most revealing, socially relevant project of my career.”

A key member of the “Long Island Divided” team,  Mr. Herbert has been at Newsday since 2007. He has been a member of the paper’s investigations team since 2013. Previously he has covered transportation at the paper. Other assignments at Newsday have included covering the presidential campaigns of John McCain and Hillary Clinton in 2008. He was a member of the Newsday team that won the New York Press Club’s 2019 Gold Keyboard Award, the competition’s highest, for “Pathway to Power,” an investigation into the rise of political power broker Gary Melius.

Ms. Smith, an actress, worked as an undercover tester on the project. The video evidence she obtained was crucial in uncovering the hidden bias that contributes to making Long Island one of the most segregated regions in the country.

FHJC co-founder Mr. Freiberg’s professional activities for fair housing span more than forty years during which time he has testified in dozens of fair housing cases, published articles on fair housing, and received numerous awards for his accomplishments in the fair housing field. Mr. Freiberg is one the nation’s leading experts on the use of testing as an investigative tool to enforce civil rights laws.

The screening will place on Monday January 27the at 7:00 PM at Hunter College’s Lang Recital Hall, located at 695 Park Ave, near East 69th Street. The event is free and open to the public, but reservations are encouraged. Click HERE to reserve your seat, or visit http://bit.ly/TTDScreening. Reserve your seat now, as space is limited.