NEW FUND PAYS TRIBUTE TO FOUNDING BOARD MEMBER AND PRESIDENT

Today, the Fair Housing Justice Center (FHJC) formally announced the establishment of a new fund and legal fellowship named for its former board president and founding board member Bob Martin, who died from cancer in March of this year. 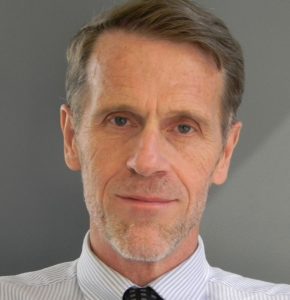 Throughout its history, the FHJC has regularly hosted and sponsored legal interns, giving law students an opportunity to assist with legal research and analysis in matters involving systemic discrimination, and with civil rights lawsuits and cases pending before administrative agencies. The Robert A. Martin Legal Fellowship Fund will enable the FHJC to pay its interns for the first time, extending the opportunity to interested students from all law schools and all backgrounds.

The new fund was created with input and endorsement from Bob’s family in recognition of how central Bob’s work with FHJC was to him and to his world view.

“Bob Martin dedicated his life to fairness, righting wrongs, leveling the playing field for all and inspiring others to follow in his footsteps,” said fellow FHJC founding board member and former president Gene Capello. “Through his dedication to the fair housing movement and his thoughtful guidance of the organization, I think he was truly the soul of FHJC. As my colleague and friend on the Board over the years, he was simply one of the finest people I’ve ever had the pleasure to know.”

FHJC founder and National Field Consultant Fred Freiberg remarked “As a founder, former president, and active Board member for more than 15 years, Bob cared deeply about the work of the FHJC. As an attorney, Bob closely followed the legal work of the organization and the cases that FHJC brought. He understood litigation was a vital tool for creating change, change that could favorably impact the lives of people and foster a more just and inclusive community. The Robert A. Martin Legal Fellowship will honor his memory while encouraging and preparing aspiring public interest law students to consider careers in the field of fair housing and civil rights.”

Those wishing to donate to FHJC can contribute HERE. Checks can also be made out to the Fair Housing Justice Center, 30-30 Northern Blvd., Suite 302, Long Island City, New York, 11101. Donations dedicated to Bob’s memory will be allocated to the fund. Donors are also invited to make a recurring annual contribution to the fund on Bob’s birthday, March 29.