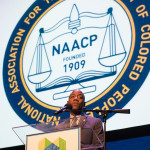 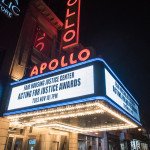 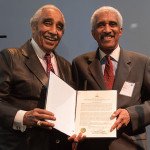 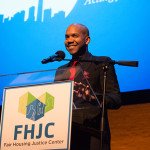 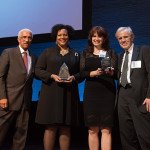 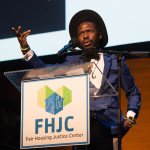 On November 10, 2015, hundreds of FHJC supporters gathered to celebrate the 10th Anniversary of the Fair Housing Justice Center and to honor those who have made significant contributions to fair housing.  NAACP President/CEO Cornell William Brooks, the evening’s featured speaker and honoree, provided inspirational remarks.  President Brooks was recognized for his Outstanding Leadership for Civil Rights.

FHJC event sponsors, honorees and special guests attended an advance Premier Reception in the Apollo Theater.  The Elliot Roth Trio provided the musical entertainment. The party moved to the Soundstage at the Apollo Theater for a larger General Reception with musical entertainment provided by the Billy Kaye Trio with vocalist Gabriel Romance.  Billy Kaye offered his own touching vocal performance and dedicated a song written by the late jazz pianist Billy Taylor, If You Really Are Concerned to the FHJC.

A copy of the event program which provides more details about all of the award recipients is available for download by clicking here. Photos from the gala event are available at this link.

Joining the reception to offer words of support was Cong. Charles Rangel who presented a proclamation to FHJC Board President Gene Capello declaring November 10th Fair Housing Justice Center Day.  While New York Sen. Kirsten Gillibrand could not attend the event, she did provide a proclamation commending the FHJC’s on its incredible work and accomplishments.

After the receptions, an awards ceremony was held In the Apollo Theater with Award-Winning Actor/Singer Darius de Haas serving as the master of ceremonies. A congratulatory greeting was offered by Gustavo F. Velasquez, Assistant Secretary for Fair Housing & Equal Opportunity at the U.S. Department of Housing and Urban Development (HUD).   NAACP President Cornell William Brooks commended the FHJC for its decade of accomplishment but urged FHJC supporters to continue the struggle for fair housing.

The Inclusive Communities Project (ICP) and the law firm of Daniel & Beshara P.C. each received awards from the FHJC for their Outstanding National Leadership for Fair Housing.  The ICP and its attorneys obtained a landmark Supreme Court decision in June 2015 which held that under certain circumstances defendants may be liable for violating the Fair Housing Act if they adopt policies that have an impermissible disparate impact.  ICP Vice-President Demetrius McCain accepted the award for ICP and the attorneys Mike Daniel and Laura Beshara were present to accept the award for their law firm.

Award-winning Slam Poetry Artist Pages Matam engaged FHJC supporters in a moving performance of his poem “Who Will Speak for the Voiceless.”   The Elliot Roth Trio featuring their amazing vocalist LaDonna Burns performed twice during the awards ceremony to the pleasure of the crowd.

The FHJC Board announced the creation of the Adele Friedman Housing Accessibility Fund which, in 2016, will begin making funds available to assist income-eligible individuals with disabilities to obtain reasonable modifications.  The fund is named after FHJC Board member Adele Friedman who passed away in 2014.  Finally, the FHJC Board presented an award to FHJC Executive Director Fred Freiberg for his “unparalleled dedication, creativity, and tenacity” over the last ten years.

Congratulations to all of the award recipients and thanks to all of the FHJC sponsors and supporters who came out to celebrate this milestone event in the life of the organization.