The Board of Directors of the Fair Housing Justice Center (FHJC) is pleased to announce the hiring of Elizabeth Grossman as its new Executive Director. 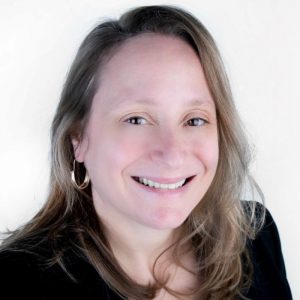 In her wide-ranging career working to vindicate the rights of underserved populations, Ms. Grossman has uncovered and fought to eliminate numerous discriminatory policies, practices, laws, and other forms of bias by decision makers. She has also prioritized educating a wide array of audiences about their legal rights, and training housing providers and others to ensure they are fully apprised of their legal obligations.

“Elizabeth Grossman’s experience impressed the Board before we met her. Her energy, openness and intelligence excited us from our first conversation. We are thrilled that she is joining us to direct the Fair Housing Justice Center,“ stated FHJC Board President Bernhard Blythe. “The Center has experienced an unprecedented few years of groundbreaking advancements in fair housing justice. We see our organization as a real leader on a national level and see Ms. Grossman as someone who will build upon these advancements to further our mission here in New York and across the country.”

“I am honored to join FHJC at this key moment in its impressive growth, and I look forward to working with its staff, Board, and community partners to build on its distinguished accomplishments,” said Grossman. “Eliminating housing discrimination remains a cornerstone civil rights issue, and I am excited to become a part of FHJC’s many and varied efforts to obtain justice for individuals, families, and communities.”

Grossman’s arrival coincides with several changes in FHJC staff, including Co-founder Fred Freiberg stepping down from his role as Executive Director in August to continue as National Field Consultant, a new position that enables a greater national presence and influence. Marie Winfield, formerly FHJC’s Legal Director, has stepped into the newly created role of Deputy Director. Former Senior Investigative Coordinator Alaine Dungee has advanced into the new position of Director of Investigations, overseeing an expanded Investigations Department. New members of the FHJC team include Legal Coordinator Madhulika Murali, Office Manager Lucille Duncan, and additional Investigative Coordinator Andrea Hayward. With these changes and additions to personnel, the FHJC now has the largest staff in its history.

“Fred Freiberg led the FHJC to successes beyond anything we ever imagined. We are excited to see him move into a new role ushering us into national prominence as we pursue fairness in housing at this critical time in our nation’s history. This moment of transition is an invigorating one for the Center, with new positions and energy taking us into a new era,” said Blythe.