You are Here: Home / News / Appeals / Newsletters / Some Sad News from the FHJC

Some Sad News from the FHJC

Dear friends and supporters of the Fair Housing Justice Center,

It is with great sorrow that the FHJC announces the sad news of the passing earlier this month of founding board member and former board president Robert Alan Martin, known fondly as Bob to all those who had the good fortune to know him. An attorney who fought for the rights of tenants and consumers, and a man devoted to his family, Bob died from cancer on March 16, 2022. He was 68. 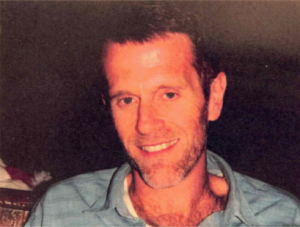 Originally from Frankfort Kentucky, Bob moved to New York after attending college at Swarthmore. As an attorney, his energy for organizing and defending the rights of everyday New Yorkers was endless.  Housing justice was both a professional and personal interest for Bob: in the course of his fight for tenant rights as part of the Chelsea Coalition on Housing, he and his wife Kate squatted in a building to prevent the landlord from forcing the tenants out. That apartment eventually became the home where he and Kate raised their two sons.

Bob was one of FHJC’s four original board members, serving as treasurer for many years and as board president from 2018-2020. Over this nearly twenty-year association with FHJC, he rarely missed an event or meeting – even during his health challenges – and was cherished by staff and board members for his passion for justice, his kindness and generosity, and his very memorable sense of humor.

FHJC founders Fred Freiberg and Diane Houk spoke of how much Bob has meant to the organization: “It is difficult for us to imagine having built the Fair Housing Justice Center without the energy, generosity, and leadership of Bob Martin. His unwavering dedication to ensuring fairness in housing for all New Yorkers was truly inspiring to us and everyone who worked with him.”

In lieu of flowers, Bob asked that contributions be made to FHJC. To honor his memory, his commitment to fair housing, and his passion for the law, FHJC is establishing a new fund and legal fellowship in his name, giving law students an opportunity to assist with legal research involving systemic discrimination, and with civil rights lawsuits and cases pending before administrative agencies.

“Bob believed strongly in the power of the law to bring about positive social change,” said FHJC Board President Bernhard Blythe. “We believe Bob would be delighted being remembered in this way – giving future generations of lawyers the opportunity to follow his example.”

FHJC Executive Director Elizabeth Grossman added, “Bob will be sorely missed by everyone at FHJC. We are pleased to honor his memory with the creation of a fund that will help impart Bob’s passion for fair housing to tomorrow’s aspiring attorneys.”

Those wishing to donate to FHJC can contribute HERE. Donations dedicated to Bob’s memory will be allocated to the establishment of the fund.

Please join all of us at FHJC in taking a moment to honor a good friend, skilled lawyer, and dedicated  crusader for housing justice. Rest in peace and power, Bob.

The Board and Staff of the Fair Housing Justice Center