During the New Deal era of the 1930’s, the federal government, with the assistance of the real estate industry, created a series of color-coded maps to rate the risk level of various neighborhoods for insuring mortgages. Areas with a high concentration of Black people and other residents of color were deemed undesirable and high-risk, often based on nothing more that the neighborhood’s racial composition. These areas were marked in red on the government maps, giving rise to the term “redlining” which soon became shorthand for any kind of neighborhood-based racial housing discrimination. Devoid of investment, these neighborhoods experienced devastating declines that are still apparent nearly a century later.

While the practice was officially outlawed by the Fair Housing Act in 1968, it still occurs in different forms, including real estate companies failing to serve areas based on their racial composition. A recent federal lawsuit provides a disturbing example.

Unequal service was also one of the findings in Newsday’s 2019 “Long Island Divided” report. Part 4 of that report was entitled, “They looked almost everywhere else: Agents avoided listings in many of Long Island’s minority communities.” While Redfin was not one of the real estate companies tested in the Newsday investigation, the maps below illustrate how Redfin was also providing inferior service to buyers and sellers of homes in the same eight Black and Brown communities identified in the Newsday investigation.

On April 29, 2022, the lawsuit was settled. Redfin agreed to eliminate its national minimum home price policy, expand real estate services for lower-priced homes in ten metropolitan areas, and pay $4 million. Click here to read the full settlement. A joint statement from the plaintiff organizations can be found here.

Why are real estate companies still failing to provide service in Black and Brown communities on Long Island? Fifty-two years after the passage of the Fair Housing Act, we still have a dual and discriminatory housing market. Real estate companies maintain policies and engage in practices that treat homebuyers differently based on race and treat neighborhoods differently based on their racial make-up. What must be done to end racism in residential real estate? Read FHJC’s policy paper here.

Click here to watch the Testing the Divide video which was part of Newsday’s “Long Island Divided” investigation.

Redfin Service on Long Island Based on Home Listings from August 20, 2020 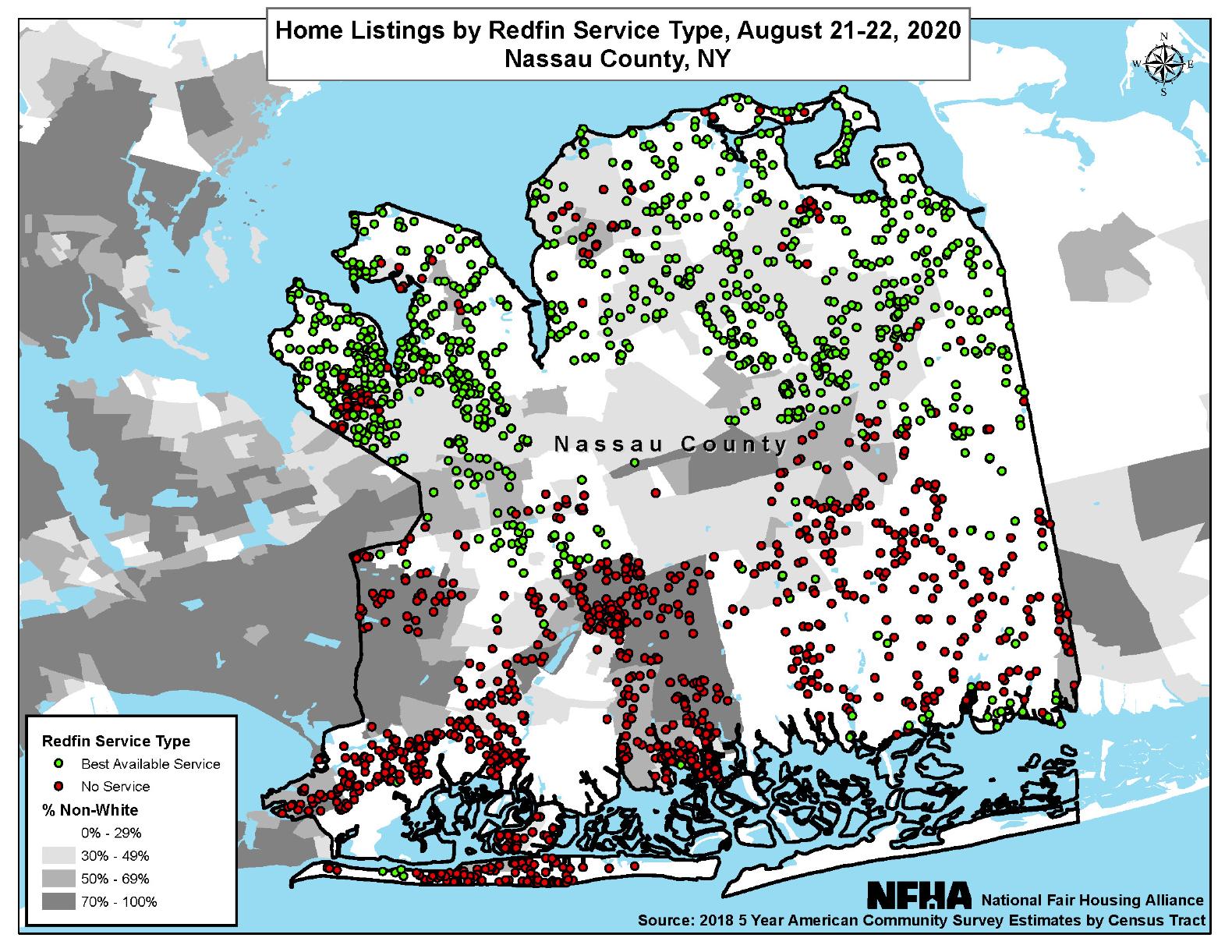 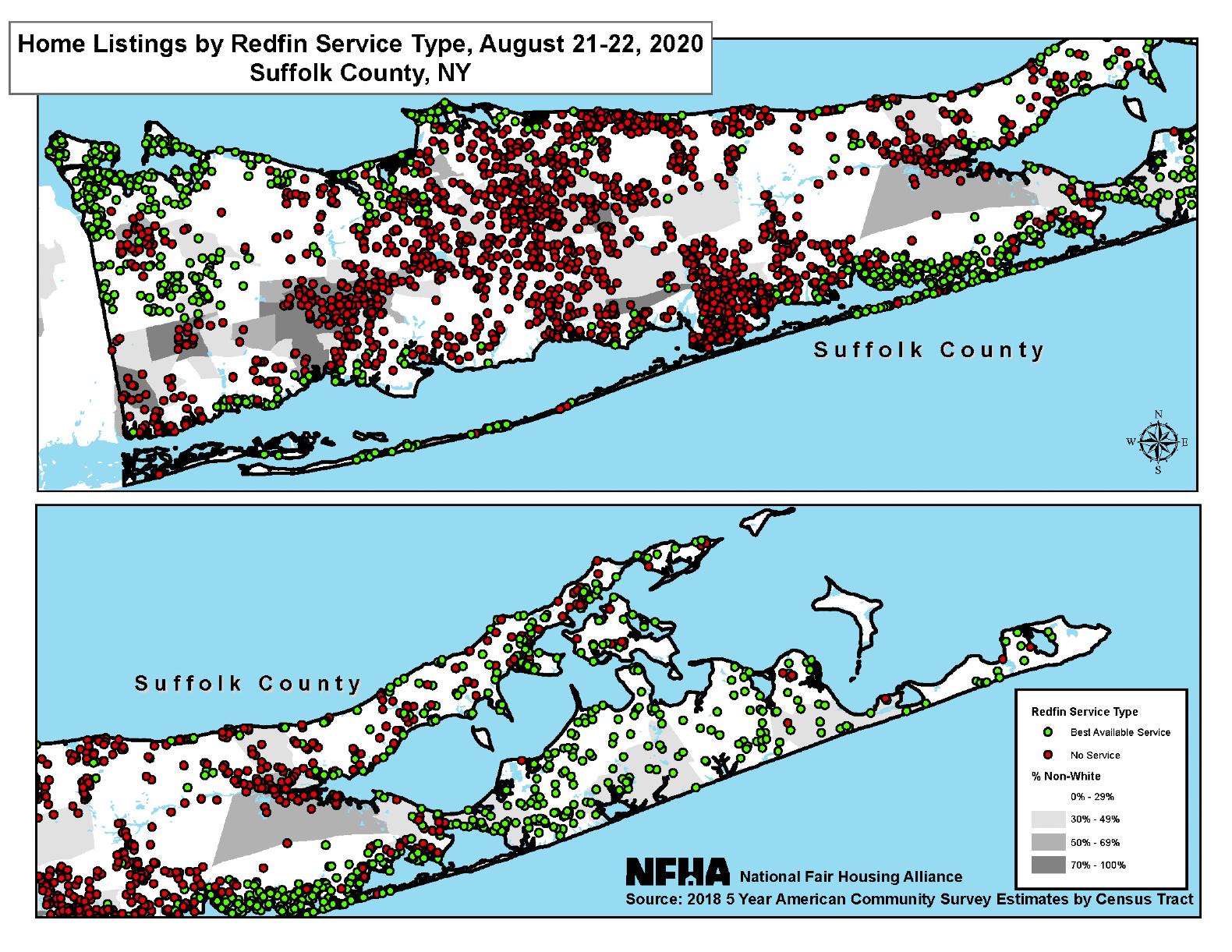