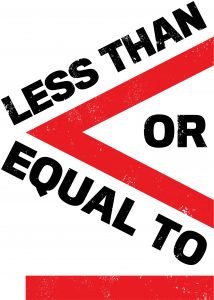 The Fair Housing Justice Center (FHJC) is proud to announce our newly produced original film, “≤” [Less Than or Equal To], a collection of provocative monologues about housing discrimination, inspired by real life stories.

By bringing to life the varied stories and voices of actual home seekers, investigators, real estate professionals and others, the film uncovers the subtle, hidden nature of contemporary housing discrimination and sheds new light on a pervasive issue that affects us all.

≤ is directed by Adrienne Williams, an accomplished New York director and actor who sits on the Theatre faculty of Hunter College and City College. The film was written by award-winning screenwriter/playwright/actor Justin Carter. Williams and Carter both bring extensive personal experience to the subject matter, having been a part of FHJC’s fight against housing discrimination for many years.

≤ was originally conceived as a live Off-Broadway play until the production was cancelled over pandemic concerns. While the film version is a distillation of the play’s monologues, the complete theatrical script is being made available to theater groups, university and high school theater departments, faith-based organizations, fair housing groups, and other non-profit organizations. Interested groups should contact FHJC Community Engagement Coordinator Craig Waletzko at cwaletzko@fairhousingjustice.org for more information.

≤ is made possible in part by an Education and Outreach Initiative (EOI) grant from Fair Housing Initiative Program (FHIP) of the U.S. Department of Housing and Urban Development (HUD).