You are Here: Home / News / Why I Support Fair Housing / Katerina’s Story

As a child, my family lived in a two-bedroom apartment in a diverse neighborhood in Brooklyn. When we found out that my sister was on her way, my parents realized that they needed more space. They decided to start looking for somewhere to live in Westchester County – somewhere that had a reasonable commute into Manhattan and a good public school for my sister and I. Based on that criteria, my parents found two towns that matched our needs.

My father called a real estate broker and asked whether there were any houses or apartments available to rent in those two towns. The broker repeatedly recommended that we shift our housing search to a town that was not on our list, saying we would have better luck finding a place to live there. My father explained that he had a daughter starting kindergarten in the fall, and that we wanted to live in one of the towns he had mentioned because those towns had the best schools. She replied, “Oh, well your daughter will fit in 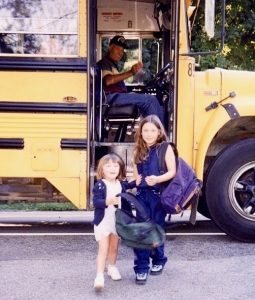 better in this town’s school. She’ll be more comfortable there.”

My father thought the whole exchange was very strange; after all, all the broker really knew about us was our name and where we wanted to move to. And then he realized why the broker kept steering the conversation back to this other town: because that town was made up primarily of Hispanic and Latino immigrants like my father.

Eventually, we found a house in one of the towns that my parents originally wanted to live in, and my sister and I went to one of the best public schools in the state. But I was also the only person in my class of more than 200 with a last name like mine.

Because of where I lived, I received get a high-quality education. But because of someone’s preconception about where a family like mine was supposed to live, I could have missed out on all of the opportunities that led me to where I am today.

That’s why I support fair housing in my community. Because no matter where people are from, everyone should have access to good schools that open doors to opportunity.

In honor of the 50th anniversary of the passage of the federal Fair Housing Act, we will be sharing stories throughout this year about how where someone lived has impacted their life, and why that person supports fair housing in their community. If you would like to share your story with us, please email us as fhjc@fairhousingjustice.org with the subject line “My Fair Housing Story”. You can also share your fair housing by posting on your Facebook and Twitter using the hashtag #MyFairHousingStory.